Naturally, people and political parties possessing an opinion or agenda are criticised and confronted by people and parties having different opinions’ and agendas’. Labour, Liberal and Conservative Political parties are at a constant war battles against each other each trying to prove “I am right ‘” you are wrong’ in a fierce battle for parliamentary chairs. As a political party the BNP also has its own agenda to which political parties have united and opposed altogether. Main reasons for BNP opposition, is because more competition may lead to losing chairs in parliament and also due to its radical political agenda. Owing to the fact that in a western democracy, parliamentary members are worthless without the public support ‘” it should thus be up to the public to decide the future of the country! For this to happen, television broadcasting and other medias’ should allow each party to express their thoughts and agendas’, while the public should make a decision at a fair general election that decides the future of the country.

Focusing on the BNP radical agenda has diverted public thought from the current political blunders which include: MP’s expenses, banker’s blunders giving way to the deepest recession in 50 years and failure to retrieve troops from Afghanistan after so many years. Thus intentionally major political parties and journalists have turned the spotlight to overshadow major and current issues!

Television uses extremities to achieve more viewers. Broadcasting the everyday routine of people is simply boring and no-one would view such programs (8 hours of work followed by food and sleep for 5 days a week). Examples of such extremities vary such as people climbing skyscrapers (the human spider), people running nude in Antarctica (Ice Man), Extremists colliding planes into buildings, Car explosions in main squares, extremist religions restricting freedom, apartheid and concentration camp documentaries while deeper extremes are achieved in movies such as XXX, Jurasic park and Indiana Jones. The BNP is just another extreme used by public broadcasting to claim more viewers ‘” which has clearly been a success by more than doubling the number of viewers!

“Freedom of speech is the freedom to speak without censorship or limitation.” (wikipedia.org) Thus BNP have a right to express their agenda and other parties also have a right to express their contrary opinions together with criticizing each other. Any person or political body that feels insulted or hurt with such agendas’ is free to take court action and claim for compensation. Everybody has a right to have an opinion and everybody can contest the general election even if it represents a minority. Independent medias’ should work together to promote all political agenda’s without being biased or inclined to any political party and let the public decide in the general elections.

I am not aware that anybody has prosecuted Mr. Griffin regarding his speech on “question time’ which suggests no violation of human rights with extremist agenda! On the contrary BNP have two elected members in the European Union and intend to contest the major election and win seats in parliament. Principles of a democracy are the rule of the majority without discriminationagainst the minority ‘” thus no one should discriminate BNP or any other minor political party even though they may be a minority with radical agenda’s.

Radical thought has helped humans evolve throughout the years. If people kept doing what they did thousands’ of years ago we’d still be monkeys! People opposed the industrial revolution and the Eiffel tower in France which today are piers to our ways of living. Thus all thought may have some value and we should listen, contemplate and decide in the interest of the nation.

“There is a fine line between madness and heroicness’ ‘” People abiding to extremists views or actions are normally classified as insane until they their dream becomes a reality in which case they become a hero. During his early years Adolf Hitler was ignored, laughed at and imprisoned, when he rose to power and formed the Reich, he was seen as a National hero, loved by the majority – but when he lost World War II he became hated by all, because the public loves only heroes and naturally want to align with the majority and people that succeed in life since it would make the burden of life easier! ‘” Think about it ‘” do the people love James Bond, Batman, Spiderman and all the heroes or do they align with the people that loose battle after battle?

During his times, genius Leonardo Da Vinci had many radical thoughts for which he would have been executed if made public! His braveness lead him to write his thoughts, principles and ideas in a code form. Not only have these thoughts been approved today but we also live upon ideas that came from Da Vinci! Thus a thought and man that was considered evil and wrong centuries ago, is nowadays considered a genius and hero! On shutting the door to radical thinkers such as Mr. Griffin and many others are we repeating the same mistake of the middle ages?

demonstrates that Labour have got the immigration issue all wrong as stated by MP Alan Johnson, “‘Governments of both persuasions have been maladroit in handling immigration. Our record is not perfect.’

If a Labor Party MP has admitted to his Party having the wrong agenda (with other political parties having similar immigration agenda’s), BNP have been consistent and coherent throughout on stating that immigration is problematic and should thus be avoided. It is beyond scope of this email in discussing ways and methods of avoiding immigration but this sheds light that BNP are the only Party that had the right principle from the very beginning, and it is a known fact that – the principle is the foundation stone ‘” getting it right is crucial!!!!

Wikipedia.org also states “In practice, the right to freedom of speech is not absolute in any country and the right is commonly subject to limitations, such as on “hate speech”‘, which in my opinion is confusing because love, hate and

jealousy go hand in hand, as philosopher Hegel states in his “thesis, antithesis and synthesis’ theory! For example a guy is in blindly love with a girl; by time he also develops a jealous feeling for his girlfriend or towards other guys that try to invade his territory which is a very common thing and constantly ongoing. Furthermore, we all know jealousy is one of the leading factors of hate. Thus would one describe the guy as a lover or as a hater? Because all feelings come together, the guy in love is many times described as the “jealous-lover’! Thus on having a closer look at the BNP agenda, is it possible to draw a fine line between the love for the country and its people without hate for other things? Ought we to call Mr. Griffin the jealous-lover as the guy in love who is expected to do what ever it takes to protected his marriage? 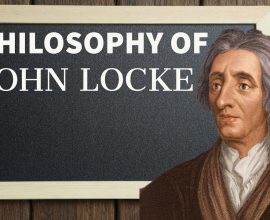 The Politics of John Locke