What is it about this salad, this Italian concoction that consistently triumphs over every other salad on any restaurants menu? It’s true, you can’t get away from it, it’s everywhere! Even in my own restaurant I can’t seem to eliminate it from the menu without a guilty conscience. I know someone will end up questioning my reasoning behind taking away the item they love most. Don’t get me wrong, it’s not like I hate the dish. I too order a Caesar from time to time and always enjoy it. But, let’s face it…it’s a Caesar salad!

The question is where did wonderful idea of garde manger come from? Who is the Michelangelo responsible for creating such a delectable work of art? And why do we Americans hold it in such high regard? Well, truth be told there is no real “Caesar” recipe. I did not come from a group of talented chefs sitting around testing flavor profiles and discussing whether or not they felt it was worthy of their creation. Instead it happened the way most great dishes are invented, when there is nothing else left to serve. Most chefs know it well, the moment during service when you realize that you’re running out of food because of an unexpectedly busy night. The kitchen becomes a frenzy of creativity and ingredients are just thrown together and plated so the guest never knows there is a problem. We call it the “Chef’s Special”. On the fourth of July in 1924 a chef named Caesar Cardini had a similar experience. His little “Caesar’s Café” was running out of food. After gathering the leftover product he decided to prepare the dish table side to add some flair to the dining room and consequently distracted his guests from the fact there was little left in his refrigerators. Success is success, people don’t have to know what really goes on behind the closed doors of the kitchen. They just want a good meal and good atmosphere, and that’s just what this Italian restaurateur gave them.

Its obvious why they call it the “Caesar” salad and why it is traditionally prepared tableside but, how did this salad become an American favorite? It turns out that the little “Caesar’s Café” was actually in Tijuana, Mexico. Cardini was living in San Diego at the time and opened his café on the ground floor of the Hotel Comercial in Tijuana to avoid Prohibition. For those who know the area, it is not unlikely that the majority of the diners in his café were American since Tijuana is just over the border. It seems that many of his guests had come back to the states with a new taste in their mouths and began creating their own versions of the now famous “Caesar”. It’s no wonder that the salad has changed so much. Originally the plate was covered in whole romaine leaves, drizzled with dressing, and topped with coddled egg. It was to be eaten more like a lettuce wrap. There were no anchovies to be found in the recipe whatsoever and the croutons were added by the Americans years later. But, who’s surprised? We’ve always liked things our way. 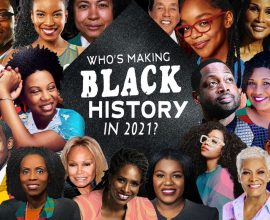