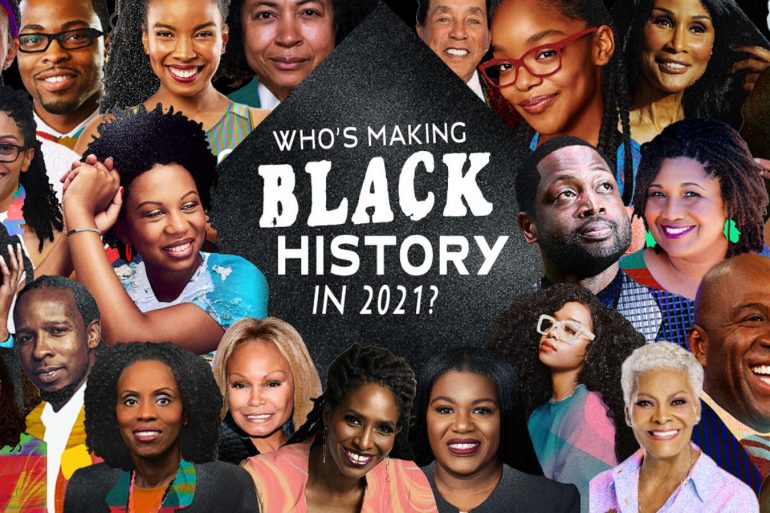 Perhaps the title of this article could be taken a little too harshly considering that the evidence of five past U.S. Presidents having African-American ancestry was never acknowledged by the Presidents themselves or their offspring…with only undeniable evidence for a couple of the Presidents. But despite rumors on the other three Presidents, the deductive evidence is still convincing that they all had at least a little African blood in their DNA. It has to be forgiven, too, that they all covered up their African heritage when the reactions in those days would have been unfortunate…if still fascinating from a sociological-historical perspective.

The one President who actually didn’t want to deny it–yet had his Presidential advisors cover it up–was Warren G. Harding. He’s also the only President who’s been confirmed to have African ancestry in his parents’ bloodline, which explains why people scoff when his Presidential pictures reveal a very typical-looking white Republican. It’s pathetic to think that his own party suggested to him that he cover up his African heritage for obvious reasons. Despite being considered one of the most ineffective Presidents in history and dying while in office from what was said to be a stroke (or maybe murder if you read Timothy Sexton’s article on Florence Harding), he was quite popular with the public before having the hints of scandal right before his death. In a way, his entrance into office right after WWI was riding a huge popularity wave that Barack Obama may ride this November.

Harding may also be one President where you could compare to not only Obama, but also George W. Bush. For the latter, Harding’s inability to speak coherently or write one line without multiple grammatical errors makes for a bit of a conflicted President who had the personal demons of having to cover up African heritage that he was never ashamed of having from the start. 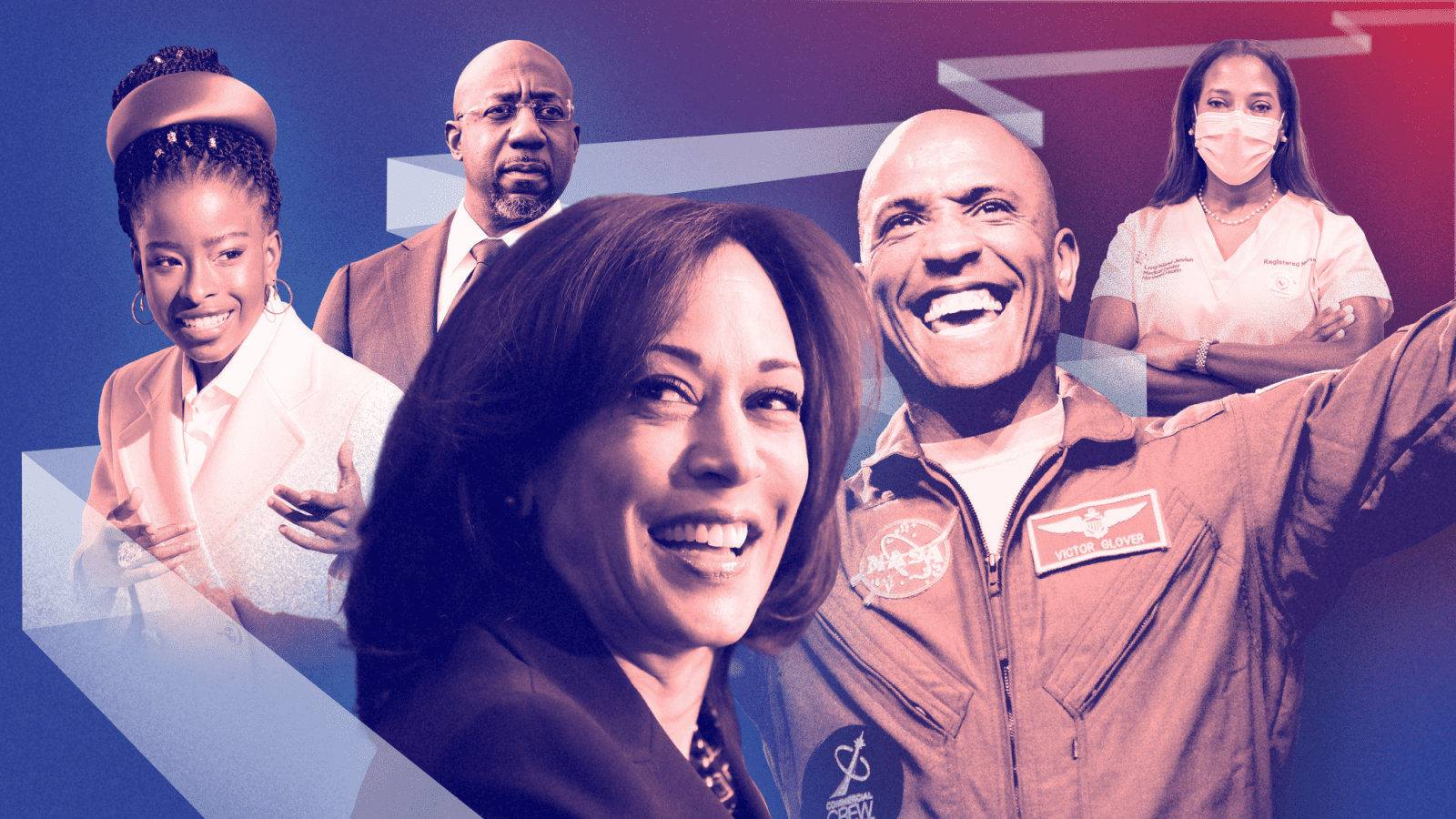 To show the lengths his Presidency went to cover up that link, a book written in the early 1920’s that revealed Harding’s African DNA through his parents was reportedly bought out by the Justice Department and all destroyed. The book was written by a college professor from Ohio’s Wooster College, so it did have a limited printing.

Imagine what that book would go for on eBay today.

If Jefferson truly had a mulatto father as insinuated by a book that was written in 1867 interviewing people who were insiders to Jefferson’s political aspiration in the late 1700’s, then it gives an interesting new link to the insinuation that he had an affair with his slave, Sally Hemings. Of course, Jefferson didn’t appear to have even an inkling of facial characteristics associated with African DNA, and that above-mentioned book was written during a time when it’s almost impossible to investigate if the author’s sources were dubious or real.

What’s apparent is that Jefferson was a man of mixed race–including a mother who was half Squaw Indian and a father who was half black. But the evidence exists that Jefferson destroyed every morsel of his mother’s personal keepsakes and letters in an attempt to disregard any possibility that he had Native-American heritage on his mother’s side. Others insinuated, though, that it was more about a personal dislike of his mother because of her relationship with a mulatto man in Virginia who may have been Jefferson’s father. Jefferson was always critical about the mixing of African and Caucasian DNA–obviously influenced from the times and the views of slavery.

And you think our current Presidential hopefuls are complex and somewhat contradictory individuals.

Well, later on, Andrew Jackson may have been the next President to have the situation of an Irish mother who had an affair with a black man. Again, only evidence from documents written in the 1800’s (in this case, a magazine detailing the history of Virginia) indicates this mixed race possibility without any real backup from official documents. Documented evidence doesn’t exist proving it officially, possibly because Jackson’s camp made sure he never mention it during his Presidency or for the rest of his life. If there was any slight mention of it in the 1800’s, though, it seems strange anybody would make up such a thing without having some kernels of truth.

Most historians will tell you that using deductive evidence for these cases is easy, mainly because anybody could have sex with an African slave in those days without it being a crime. Because sexual liaisons were about as common then as people drinking coffee today, the interbreeding was likely more extensive than we all know. It isn’t out of the question that many, many elected officials from the 1700’s on up to today have African DNA somewhere in their bloodline.

For Calvin Coolidge (who took over the Presidency when Harding died), that interbreeding was said to be a factor in his own heritage originally thought to be of Indian descent. Coolidge’s mother lived in New England for a time where many women had interracial affairs or marriages with black men. Rumors are that Coolidge’s mother actually had some African blood because of the common interbreeding between black people and other races living in that area of the U.S. She also was said to have much darker skin than the typical person of an Indian bloodline.

Speaking of skin color, one of the greatest Presidents ever may have had a slightly darker skin color for one reason: His father could have been of the race this President helped free from slavery…

The assertion that Lincoln was half black…

While most of the above examples show no physical characteristics of African DNA, Lincoln’s basic facial structure does. However, it’s fair to say that the rumors that Lincoln’s mother once confessed that he was an illegitimate child of a black man are through second-hand sources. The best evidence is a well-documented statement from Lincoln’s law partner, William Herndon, who made a claim that Lincoln’s mother had Ethiopian heritage.

If both scenarios are correct, then Lincoln may have had more African DNA than we ever thought before. The chances are fair to good that he was at least half-black from either an African father or from his mother’s African linkage. Even cartoonists lampooned Lincoln during his Presidency by showing him as an African slave. Historians would probably say that they only did that because of his attempts at ending slavery. On the other hand, maybe some people suspected an African heritage in their President based on his darker skin tone compared to most Caucasian people. Where Lincoln grew up and lived had nothing to do with his darker skin either. His coarser hair was also similar to what an African man might have.
____

All of this evidence has been argued by many because of its sometimes dubious quality. And much of it comes from a book written in the mid 1960’s that’s now out of print, but worth your time reading if you can find it. It’s called “The Five Negro Presidents” by Joel A. Rogers:

Some of the evidence in there has to be deduced rather than confirmed. Nevertheless, history books should wise up to the strong possibilities of African DNA being in many powerful men who’ve run America with both aplomb and in ways that almost destroyed the country. Especially if Obama manages to become President, history books should acknowledge the reality of how DNA in America became an amalgam and especially when African slaves were taken advantage of by men who couldn’t be punished under law having their sexual appetites satiated.

Better yet, the ancestors of those above five Presidents should collect evidence of their African heritage and share it with the world so future generations will know and put into context why it was covered up for so many decades for reasons that might seem incomprehensible for young kids today.